Gen Z Characteristics & How to Market to them Effectively 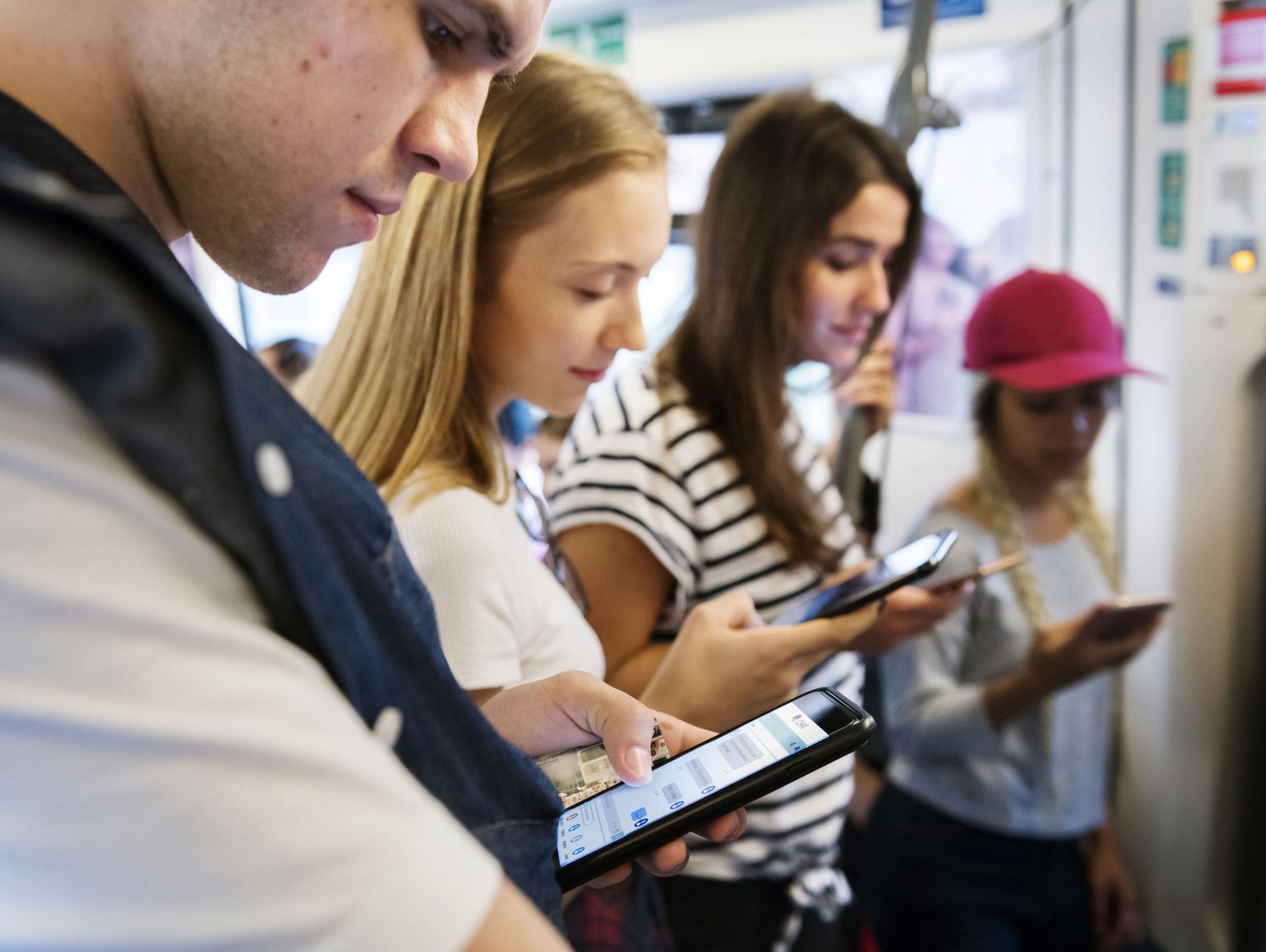 Generation Z makes up 25% of the US population and controls $143B in direct purchasing power. By 2020, Gen Z will represent 40% of all buyers. As a whole, this is the most advanced group of teenagers in history, yet unlike any generation before them, they are more of a collection of individuals and small cohorts than they are a cohesive whole. They are digital natives with fluid concepts regarding gender and race, particularly when it comes to fashion and beauty. Gen Z is especially sensitive, twice as likely to suffer from anxiety and depression than any other generation before it and acutely aware of the repercussions of cyberbullying, digital dependence and isolation. Indeed, this group is an enigma. So, what are the Gen Z characteristics and how do you market effectively to them?

Gen Z is the offspring of Gen X, typically born between the years 1995 – 2005 (Note: some groups cite this generation as 1998-2012). This is the first generation to have had access to computers, internet, WiFi and smartphones from birth. Many authorities say that Gen Z’ers are “e-addicts” given that 74% of their free time is spent online. Despite growing up playing with electronics so advanced that they eclipse the complexity of the supercomputers that their parents grew up with, these teens and young adults have been raised to be socially conscious, fiscally responsible and hyper-aware of security and safety. Shaped by 9-11 and The Great Recession, in an era of always-on, where everything is on-demand and immediate responses are the expectation, not the exception, this generation is hyper-sensitive and “adulting” at an earlier age than any generation before it.

On one hand, they have become desensitized with 24/7 news, acts of horrific terrorism and routine lockdown drills in their elementary schools. “Active shooter” is sadly now part of their lexicon. On the other hand, they are embracing social media for change. There are several examples of pre-teens designing apps to find lunch buddies so that nobody has to eat alone, creating Buddy Benches – out of recycled plastic bottles no less – so that anyone sitting on the bench signifies to others that s/he wants someone to play with at recess and children as young as 9 years old are lobbying government officials to ban plastic straws to protect the environment. Banning straws as a global movement is already catching on based on recent announcements by Panera Bread, the cities of Seattle and San Francisco, Bon Appetit, Marriott, Hyatt, Alaska and American Airlines: even Starbucks will do so within the next 18 months.

The characteristics of Gen Z are almost polar opposites in every category. As the largest cohort in history, Gen Z youths are a product of the lifestyles and issues faced by their parents, shared openly on social media and in the home. Job loss, a gig economy often balancing two to three part-time contracts to generate income, on average losing nearly half of their net wealth during the Great Recession, caring for elderly parents, yet also experiencing enormous access, wealth and privilege, traveling internationally from birth to curbside driver service in luxury vehicles. However, this group has more in common with its strong work-ethic Gen X parents than it does with its self-entitled predecessors. At this stage, insofar as we know Gen Z today, they are embracing minimalism, tiny houses, eschewing material objects and they are acutely debt-averse, even to the point of considering foregoing college as a debt avoidance strategy. Traditional jobs hold little interest for this group. They are even more entrepreneurial than their predecessor Millennials. A whopping 75% of Gen Z surveyed say that becoming a “YouTuber” ranks as their #1 career choice yet the growing expectation is that parents and grandparents, via inheritance, will make up their wealth deficit.

As with one generation to the next, there are close parallels as well as striking differences. Below, a table outlining the characteristics of Gen Z versus Millennials. Recognizing these differences in Gen Z characteristics will help highlight how to market effectively to them.

How Does Gen Z Interact with Brands?

In two words? Social media. Facebook, with its new stories feature, which emulates other social media platforms, is having a bit of a resurgence with this group but Gen Z’ers are largely on Snapchat and Instagram. Authenticity is critical. Gen Z may not yet have the disposable income or spending power of their predecessors, but they have unprecedented influence on purchases made by their parents. And, like their parents, this generation aims to save and elicit fiscal prudence.

One key Gen Z characteristic is that celebrity endorsements do not hold the value they did for previous generations. To Gen Z, a “celebrity” is a self-made YouTuber or Instagram star who has developed a following by doing something of note on their own. Particularly if there is a social impact such as embracing transgenders, thwarting cyber-bullying and the like. Given their fierce independence and strong entrepreneurial spirit, they devour user-generated content, particularly short videos. To market effectively to them, remember that “short” means short. A key Gen Z characteristic is their lack of an attention span combined with no tolerance for advertising. Messages need to be concise and straightforward yet thoughtful and inclusive.

Brands that espouse inclusivity and are as active in social responsibility and sustainability as they claim to be are embraced by Gen Z. This is a “put your money where your mouth is” group. Or else Gen Z consumers will not only walk away, they will post their negative experience with the brand online. Social responsibility upholds the philosophy that everyone is created equal, regardless of disability, birth gender, sexual orientation, skin color – or being non-human. Gen Z is zealous with respect to defending the rights of those who cannot speak for themselves from animals to oppressed immigrant groups.

Build brands that are self-aware, socially conscious and embrace a “less is more” philosophy. If your brand is going to change the world, say so in your messaging. Harness the power of user-generated content. Embrace video as your primary communication format supported by the heavy usage of photos and stories. To market effectively to Gen Z, consider their unprecedented consumption of online media as one of their defining characteristics: 88% have profiles on Instagram, 78% use Snapchat stories daily and 78% own smartphones (so, be sure to create mobile-friendly content). They like to consume information which needs to be made available to them, but not pushed to them. Consider your offering like a buffet – every element needs to be there, but it’s up to your consumer as to which element they are going to select to consume, when, and how much.

Gen Z is already infamous for being 10x less attentive than Millennials! Messaging needs to be on point and succinct: the original 140 character tweets are considered “too long”. Since they are online, all the time, they are accustomed to being bombarded by breaking news and expect brands to react immediately, in an appropriate way. This group is quick to judge and any disingenuous efforts to schlep a product or service based on a negative news story will quickly backfire: think Pepsi® and its tone-deaf nod to “Black Lives Matter”.

This group shops online exclusively. They are isolated soloists who connect with communities that share their philosophies online only, not in person. These are realists, far more mature than their years, who want to engage in dialogue and not be pitched to. This demographic wants to connect on an authentic, personal level and confront real issues head-on, with open dialogue. Direct to consumer brands will do well with Gen Z based on their desire to know, understand and feel connected. Brands that are proactive and offer role models that represent diversity and authenticity will succeed because they make the product relatable, not aspirational.

The best way to connect with any targeted customer group is through their shared interests. Gen Z has the characteristics of being a global champion, not a passive global citizen, and to market effectively to this group, brands need to connect with them on issues that are central to society today. Racism, equality, diversity and inclusion, environment, political fairness and others are a shared concern. Brands need to go where Gen Z is – and that’s clearly online, on social media platforms – in order to tap into the defining Gen Z characteristics and how to market to them effectively.