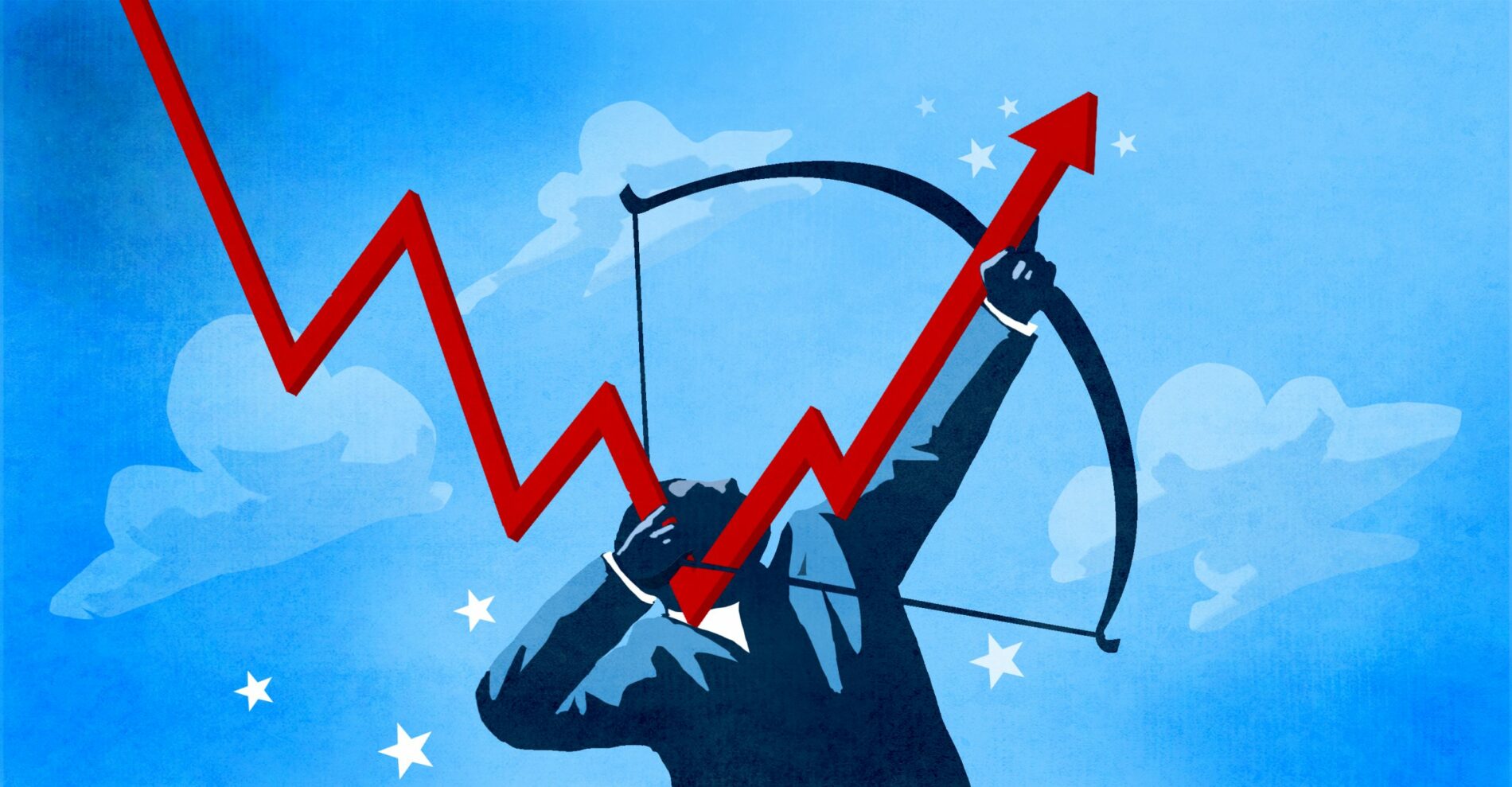 In business, the health of a firm can be a function of the overall health of an economy. Since the industrial revolution, and particularly in the developed world, economies have grown increasingly more complex. Advanced economies tend to have a large degree of government intervention with layers of regulatory bodies.

Whether one agrees or disagrees with the existence particular policies or interventions, there is an effect on an economy, and thus the firm. Sometimes these effects can be measured easily, other times they go unnoticed by the general public or policymakers.

As history can be looked at for insight into the future, the following is an exploration of the last half-century of the economics of money in the United States. When you know the past, you can prepare in the present, and predict the future.

It is vitally important for firms operating today to look back and understand there is a potential storm coming and to understand how to strengthen their hulls to weather it. Many of these warning signs have gone unnoticed by the market and policy makers—or they are simply ignored so as to not cause panic.

The goal of this writing in not to cause panic or predict doom and gloom, but to inform and offer real solutions about how to not just survive, but thrive, through a period of economic turbulence. KLC offers this solution by understanding who your customers are or identifying who your customers ought to be though research with an online insights community.

Foundations of the Coming Storm

Before we can explore what these economic conditions have to do with market research, we first have to understand the history of previous periods of economic turbulence.

In the 1970s, the economy of the United States was experiencing an unprecedented economic situation. During this period, the domestic economy suffered from stagnating growth and ever-increasing prices of goods and services.

These two economic phenomena were previously thought to be mutually exclusive by leading economists. After all, how could a slowing economy cause prices to increase?

On its face one would think that an economy that is not growing would translate to demand for goods and services would be reduced and result in falling prices. However, during the previous decade the United States rapidly expanded domestic spending on new social programs, funding the Vietnam War, and funding the Space Race.

The result of this was an expansion of the money supply, or colloquially, inflation. The rising prices of goods and services is the effect of inflation. It was only until the then-Chairman of the Federal Reserve, Paul Volcker, took interest rates[1] to nearly 20 percent to clear out this inflation. This action, which subjected him to harsh criticism, reduced the money-supply (deflation), which defeated the stagflation and allowed prices to normalize. However, this kind of policy stance is an anomaly for the Federal Reserve.

In the subsequent decades Federal Reserve policy has largely been a vehicle for inflation. While it may not necessarily reveal itself in the Consumer Price Index (CPI), the Federal Reserve has continually expanded the money supply. As discussed in Part 1, the Global Financial Crisis (GFC) of 2007-2008 again saw a rapid expansion of the money supply to keep asset prices from falling, as most consumer’s wealth is tied to their home and/or their stock portfolios.

In 2010, the annualized rate of inflation as measure by the CPI was 1.64 percent. However, there were economists that questioned the legitimacy of how the CPI is being calculated. In the decades since the U.S.’s experience with stagflation, the formula used to calculate the CPI had been changed. Because of this, many economies believed the new formula was flawed and the actual rate of inflation, as measured by the old formula, was 10 percent. As of the time of this writing, this is the same formula being used in 2021.

Throughout the GFC, interest rates were held at 0 percent and by November 2018, they had reached 2.5%.

As states and localities began to issue stay-at-home orders, Federal Reserve Chairman Jerome Powell responded by bringing interest rates back down to 0 percent and rapidly expanding their asset purchase programs, to financially support government assistance programs for those who had lost income or had to close their businesses.

These actions amounted to a larger level of liabilities on the Federal Reserve’s balance sheet was larger than the action it took throughout the entire GFC—in less than one year. To put the magnitude in perspective, 37 percent of all the dollars in circulation were created in between March 2020 and June 2021. At the time of this writing, the rate of inflation has been steadily increasing (see chart on the right). Remember, this metric can be deceptive, as the rate of inflation would be much higher if the Bureau of Labor Statistics (BLS) were to use the older formula.

The Wall of Worry or Slope of Hope?

There is an old Wall Street saying that stocks (or other assets) climb a “wall of worry” during the end stages of a bull market and slide a “slope of hope” in the middle of a bear market. These describe the slow and steady increase or decrease in the price of stocks, respectively.

Absent a sudden reversal, or crash, that shocks the system, the decline in asset prices may not be a 1929-style collapse, but rather a slow decline—the slope of hope—and the recovery that consumers are hoping for may take a long time. Now, it is possible that asset prices are climbing the wall of worry, just waiting for the natural decline of the business cycle.

If the U.S. experiences a crash in asset prices (stocks, bonds, real estate, etc.) the wealth effect[2] will evaporate. Consumers will gradually (or suddenly) feel much poorer than they have over the past decade or more. While housing prices recovered and the value of the U.S. dollar rallied in the wake of the GFC, the future might not hold the same fortune for consumers.

However, to make things a little confusing, asset prices may continue to rise. The important factor will be the real value of these assets, that is what is the purchasing power a consumer has if they were to sell an asset and buy something else.

For example, if the price of a stock increases by 10 percent over one year, but the cost to purchase a gallon of gas increases by 25 percent, did the value of that stock increase? Well, in nominal terms it did, but the consumer’s purchasing power was destroyed—a situation that grows more likely as monetary policy seems disinterested in stopping this decline in the purchasing power of the dollar.

So why does this matter today and what does it have to do with the consumer insights? Periods of high inflation affect consumers’ ability to purchase the goods and services they want, need, or desire. So long as wages do not keep pace ss the cost of living increases, consumers can buy less, while spending more dollars.

Therefore, the Gross Domestic Product (GDP) may actually increase, the amount of goods purchases may actually be less, so this could be a deceptive measure as well. As previously mentioned, the unprecedented level of money creation presents a real risk of rapidly rising prices, which has led to largest increase in the CPI in decades.

Therefore, businesses must be engaged in active conversation with their customers and potential customers. As consumers’ budgets begin to be stretched, so will businesses—no one will be spared from higher costs of living—or operating. Tapping into consumer needs becomes particularly important during times of economic stress.

With the inflationary pressures that exist in the market, consumers will be even more price sensitive and will want to ensure the money they spend is maximized. Thus, discovering and adequately addressing their pain points will be critical to business success—and possibly survival.

Businesses cannot shrug off the importance of having an active insights program that is able to uncover who your customers are, not just what they want to buy.

A Little Bit of Wisdom

There is an old saying often used for job interviews or meetings, “If you’re not 15 minutes early, you’re late.” The same principle captured in this simple phrase can be used for consumer insights, particularly in the early stages of economic stress.

While it is always important to be always be learning, communicating, and innovating with your customers, understanding them before, during, and after a period of economic stress is critical. Businesses must innovate, not just their products and services, but their messages, advertisements, and channels of communication.

During a comedy routine in 1992, George Carlin said “My first rule: I don’t believe anything the government tells me. Nothing. Zero.” There is quite absolute statement done for the sake of comedy, but there is wisdom that can be derived from it. Take the CPI, for example. As previously discussed, the problems with how the CPI is currently calculated. To give a clearer picture let’s examine the price of the New York Times.

In 1950, the newsstand price of the New York Times was 5 cents. According to the Bureau of Labor Statistics’ inflation calculator, this is equivalent (or has the same purchasing power) as 58 cents in 2021.

The point? Remember that the CPI is a flawed measure and prepare your business because this is a small example of what your customers will be facing.

As stated before, it will be more important than ever to understand your customers when the CPI is saying one thing, but they are experiencing something completely different in the day-to-day lives.

As we trek into the coming storm, a market research online community (MROC) can help businesses engage their customers in a way that is both effective and cost-efficient. An added benefit of an MROC is the speed in which results can be delivered.

Because periods of economic turbulence can often change day to day as individual circumstances, spending behavior, and government policy changes can be very dynamic in reaction to changes in the broader economy. The advantage of an MROC is that a business could use it to predict the reaction of its customers to changes that are happening or in the process of happening.

This provides them with greater value, which, as discussed, will be the key to business success moving forward. Whichever firm resolves consumer pain points fastest in the most efficient way, will win their loyalty. Remember, the key is to provide a means to which your customers dollar will go further, especially if your product is more in line with a want, than an absolute need.

Shore up your hull: Start a consistent, ongoing conversation with your customers. The most important business questions that any firm must answer is why they do what they do and what problems they solve for their customers. The way to answer these questions is through an MROC with KLC.

As the consumers begin to the effects of inflation on their bank accounts, firms must in continuous conversation to discover those pain points. It is now more important than ever to get frequent insights about your customers and how they feel about the products they need, want, and desire.

As we enter the approaching storm, it could be the difference between success or catastrophe. Partnering with KLC for an online insight’s community built for your business can bring your business through the storm. It is too important not to seize this moment, while the economic seas are (relatively) calm.

Fill out the form below

[1] References to interest rates refer to the Federal Funds Rate.

[2] “The wealth effect is a behavioral economic theory suggesting that people spend more as the value of their assets rise. The idea is that consumers feel more financially secure and confident about their wealth when their homes or investment portfolios increase in value. They are made to feel richer, even if their income and fixed costs are the same as before.” (Investopedia)