“If I Had Asked People What They Wanted…” & Other Elitist Myths 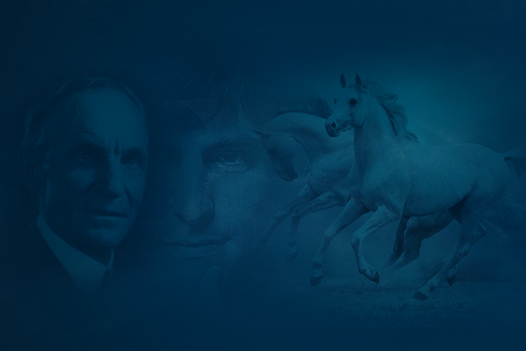 A popular rebuke to customer-led inspiration is attributed to the great 20th Century industrialist Henry Ford.

If you’re a senior executive who believes in going with his gut, you can trot out (no pun intended) the Ford quote about faster horses as a reproach to customer-led inspiration.

Well, our story could end there, but that’s actually where it starts to get interesting.

In fact, the first dated reference to Ford’s quote doesn’t appear until roughly the year 2003, per a Harvard Business Review article written by Patrick Vlaskovits. Further research on the topic indicates the quote was originally used in the third person to describe how Ford would have responded to the critiques that his designs were “missing the mark.”

So, why would this very popular 21st-century business quote find itself attributed to a man whose success happened 100 years ago? Very simple. It’s highly effective at shutting down the idea of customer-led inspiration. Heck, even Steve Jobs often cited this quote.

You could, of course, choose to position yourself as the next Steve Jobs and convince yourself that your own intuition and instinct would successfully chart the firm’s future course. This is what Jobs’ disciple Ron Johnson did when he took the helm at JC Penney. Despite colleagues’ concerns that Johnson was making radical changes without consulting with customers, he responded:

Apparently, the key independent variable is having a visionary like Steve Jobs at the top. Unfortunately, for every Steve Jobs, we have thousands of Ron Johnsons who are ready to crash and burn at the feet of customer displeasure.

As market research evolves from the reactive tools of the past century to proactive insight generation, customer-led insights will prove essential to a firm’s ideation engine. Anyone who feels they can map this strategy relying solely on their gut instincts does so at their own risk.

At the same time, researchers shouldn’t expect a welcome party. The incumbent creative elitists will look to hold their ground by downplaying the value of customer-led inspiration.

At least you’ll be ready to debunk their favorite Henry Ford quote.